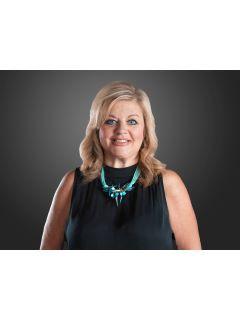 Susan Lesczynski Gill is the broker of record for Century 21 Fairways Real Estate in Irwin, PA. She has been in Real Estate for 24+ years. Her experience makes her knowledgeable, her compassion makes her unique and her devotion gets you into your dream home.

In addition, Susan manages a portfolio of apartments. She graduated from Seton Hill and has been a licensed real estate agent since 1996. During her tenure with Walnut Capital, Susan has also served as a property manager and real estate sales agent while earning her broker's license.

Susan has completed and received her Quality Service Certification. Which gives you, the client, a guarantee of the best professional and accurate service. Susan is a member of Realtor Association of Metropolitan Pittsburgh. Susan has also received several yearly awards from Andron Epiphanon Fraternity Society of Excellence. The objective of the AEF is to unite those individual members of RAMP who are Pennsylvania real estate licenses, who have been highly successful in the sale, listing and leasing of real estate and have demonstrated excellence in their profession.

Susan on HGTV's "What You Get for Your Money" 5 episodes