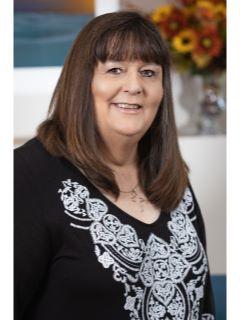 Marcia was raised in New Mexico and Arizona working for her father on the ranch. He instilled in her many values that included: Work hard, be honest, be reliable, do what you say you are going to do, give an honest day's work, and nothing is impossible if you are willing to work for it.

Marcia graduated from Willcox High School and attended Patricia Stevens Career College, both in Arizona. She served as the school photographer in high school, which led to her going to work as a photographer that traveled the states of Arizona and Washington taking school pictures. Her endeavors eventually placed her at the Navajo Refinery in Artesia, NM. Marcia started in the yard as a pump mechanic's helper and worked her way up to an operator that started the FCC Unit, the last one built in the area. Then she worked for Phillips Petroleum in their gas plant east of Artesia.

Marcia finally made the transition to Real Estate in 1984.

For over 17 years she worked as a manager and escrow officer for title companies in Eddy, Lincoln, and Chaves County. Marcia was also the office manager for a Roswell real estate office. In 1996 Marcia obtained her real estate license and has since been very active in the local and state, Realtor associations. She has served on numerous committees, held various offices, all while giving back to the community through volunteer efforts, which were recognized by her peers, earning her Realtor of the Year in 2019.

Family is important to Marcia, and she holds immense pride in her daughter and husband. She has loved watching her four grandsons grow into amazing young men, and now has the added bonus of four great grandchildren! Maintaining family and friendships has been a blessing for Marcia