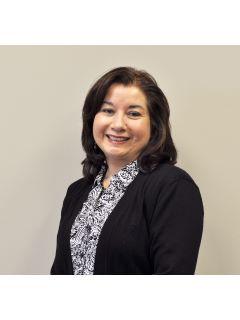 Lucia was very helpful in selling my mother's house. She met with us and went over the contract. She always answered my phone calls and

e-mails in a timely

your real estate agent, Lucia Bonsante, has given us. She is extremely reliable

and purchasing a new home. We not only regard her as a professional asset to

your company, but also as a friend to us as well.

I note to tell you about the fantastic job Lucia Bonsante did in selling my home in East Brunswick. This is in contrast to Coldwell Banker 2 years prior who kept my house on the market over-priced, all summer long, and did not get a satisfactory offer for me. Lucia correctly priced the house and got an offer in a matter of days. She kept me apprised of all details throughout the process and looked in on my house periodically as I had relocated to the west coast prior to listing. Her professionalism and calm demeanor were extremely comforting and I hope you regard her as an asset to your organization.

My mission is to help the buyers and sellers I represent meet their Real Estate goals. with personal integrity through agressive marketing, strategic negociations and my dedicated service.

A South River resident. Together with her husband, Roger they own Big River Lawn & Landscape.

Ready for a move? Call me today and let's get together and talk about your home buying and/or selling plans.