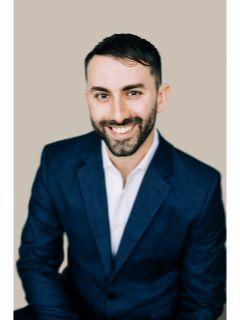 Kenneth Parks is a Spokane native and a lifelong resident. Kenny graduated from University High School in Spokane Valley. Upon graduation, he pursued film and acting locally; working with Nike Imoru at North by Northwest Productions, and has appeared in film and television. A large part of what he focused on was casting, and for three seasons he assisted in casting for the Syfy zombie series, Z-Nation, which was shot and produced locally here in Spokane.

A change of focus lead Kenny to work in healthcare, and for the past couple of years, he worked locally here in Spokane directly with patients. Ultimately, his drive and passion led him to pursue his dream of working in real estate, and much time was spent studying and preparing to make this a reality.

In his free time, Kenny enjoys CrossFit, working out, hiking, camping at Lake Sullivan, traveling to the Washington Coast, and visiting our National Parks (Bryce Canyon was a favorite!). The addition of two golden retriever puppies also occupies much time, and he loves taking them on his adventures too!

During experience in film and nursing found how much he loves to serve others which led him to a career in real estate.

With a passion for service in the Spokane area, Kenny Parks is ready to help you with your home buying and selling needs. As a proud member of CENTURY 21 Beutler & Associates family, Kenny carries the values of hard work, integrity, and superb client customer service into everything he does. Kenny's work ethic, coupled with the successful track record of CENTURY 21 Beutler & Associates will help you maneuver the intricacies of the current real estate market.