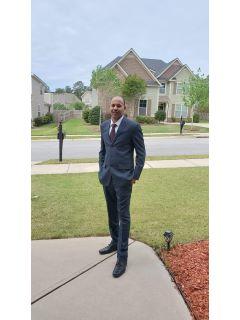 In 2001, Bassam aka Sam jointed the greatest United States Navy as an Enlisted, for the next 11 years, he traveled the country and the world with military Squadrons and aircraft carriers, like USS Dwight D. Eisenhower. In 2011, he took advantage of the VA benefits to purchase his first house in Virginia Beach. He then completed his Bachelor of Arts in Business Administration, specializing in accounting. In 2012, he was accepted into the Navy Officer Candidate School (OCS) and was commissioned as an Information Warfare Officer.

In 2012, he received orders to the Navy Information Operations Command Georgia based at Fort Gordon, Army Cyber Center of Excellence. In 2015, he received orders to serve his country overseas in the Middle East and was stationed with his family at NSA Bahrain, where he was selected as an executive aide to the Vice Commander. During this tour, he and his family had the chance to explore many magical parts of the world, they visited Egypt, Dubai, India, Abu-Dhabi, Bahrain, France, Thailand, and Malaysia .

In 2018, they returned to Fort Gordon for one last tour. They bought their 2 nd house in Bartram Trail neighborhood in Evans. His wife selected this gorgeous community due to its central location to the base and Patriots Park.

Sam is a licensed pilot and enjoys flying with clients and friends providing aerial tours. He likes to post inspiring videos on his YouTube Channel @BassamSeifeldein.

During Master's week, he rents out his home and take his family on a vacation. One of the many and great benefits of living in gorgeous Augusta, home of the Golf sport.

During his 21 years of being active duty, he worked in many fields, including supporting, mentoring, and shaping new generation into great leaders.

Sam wants to serve you, and he wants to help you find the perfect house for you and your beautiful family. He once fought for our country, and now he wants to fight for you to find your own dream house.

He looks forward to guiding and working for you, please contact him at anytime 24/7, he will be there.