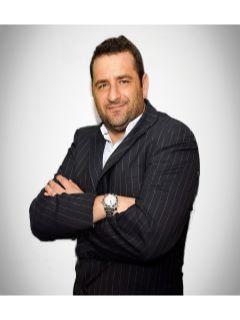 Alex was born in Rio de Janeiro, Brazil. At the age of 10, his family moved to the United States. He later attended Fairfield College Preparatory School in Connecticut. In 1994, Alex entered the Army and graduated from Airborne School. After the completion of Airborne School, he was chosen for the Ranger Indoctrination Program, he was then assigned to B Company of the 3rd Ranger Battalion, 75th Ranger Regiment at Ft. Benning. After Ranger Battalion, Alex received a tennis scholarship to Chattahoochee Valley Community College where he was elected as class president and received The Faculty Award of Excellence. Later, he attended Georgia State University where he obtained his B.B.A. and graduated with honors. Following his B.B.A., in 2001, his adventurous side brought him across seas to Zurich, Switzerland where he worked as an Analyst at the Rothschild Private Bank. After traveling the world with Rothschild Bank, Alex decided to return to Columbus, GA after being presented with the opportunity to open a real estate office together with his best friend Shep Mullin. He readily accepted the offer because of his love for Columbus from his days spent assigned to the 75th Ranger Regiment and attending college after. In 2003, Alex became one of the founders of CENTURY 21 Premier Real Estate. In 2011, Shep and Alex built a new office in North Columbus to accommodate the 95 real estate Agents that have their license with the company and the 200 rental properties we manage.

Utilizing his fluency in English, Portuguese, and Spanish, Alex enjoys all areas of real estate including COMMERCIAL and residential. Some of his commercial highlights include listing and selling all of the Chastain Apartments in Atlanta, (16 million dollars deal) and working with commercial clients like Waffle House and Wendy's to find them prime locations.

From our humble beginnings in a tiny office off Armour Rd., we steadily built our business and in 2013, CENTURY 21 Premier Real Estate became the 2nd largest real estate company in Columbus with over 700 transactions per year. That year, Alex also received his Masters in Business Administration from Troy University.

In 2016, the company changed its name from Premier Realtors of Columbus to CENTURY 21 Premier Real Estate.

Alex's goal is that every person that comes in contact with an agent of CENTURY 21 Premier Real Estate will feel valued and respected. "We honor the golden rule of treating others the way we want to be treated."