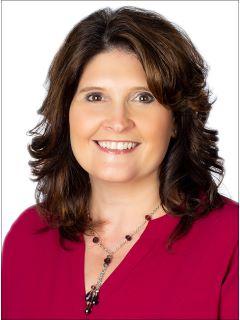 Together, let's get YOU moving!

Stephanie's real estate career began in 1997, where her first 4 years were spent working as an administrative specialist in a fast-paced real estate office. She then proceeded to obtain her real estate license and spent the next several years as a licensed assistant working with clients through every phase of the buying and selling process. After this period, she took a few years away from real estate to spend more time with her children.

In 2010, she began working in real estate again with a top agent as a licensed assistant/buyer's agent. Five-and-a-half years later, after contributing to the success of that growing team, she decided to venture out as an independent agent.

Stephanie believes in giving back to the community and her involvement stretches beyond the local area. She supports JDRF in their mission to find a cure for Type 1 diabetes and has actively served for charitable causes throughout the years.

Stephanie Fuller served as the Augusta Walk to Cure Diabetes co-chair from 2008 to 2012 and volunteers with The Children's Miracle Network.

Stephanie has lived in Columbia County for over 25 years, where she and her husband have raised their children in the Appling community.