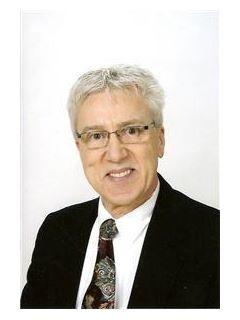 · As a Licensed Real Estate Broker, I have earned the designations of Graduate REALTOR® Institute (GRI) and Certified Negotiation Expert (CNE).

· Since beginning my career as a Licensed Real Estate Broker in 2003, I have earned several production awards including:

· 2012, Adjusted Gross Commissions, ranked 90th out of the top 100 CENTURY 21 agents in all of the Northern half of Illinois and Northwest Indiana.

· In 2007, I was awarded the CENTURY 21 Quality Service Award. Each year since (2008-2019), I have earned the CENTURY 21 Quality Service PINNACLE Award given in recognition of exceptional customer service with an average satisfaction rating of over 95%. My average customer satisfaction rating for the last 3 years has been 99%. The national average is about 70%. In 2018, there were only 58 agents to receive this award in the Chicagoland area where there are about 1,750 Century 21 agents.

· I am a member of the local, state, and national Association of REALTORS®.

· I have earned the following degrees:

· Bachelor of Science Degree in Engineering, University of Illinois.

· I am a graduate of Mazon-Verona-Kinsman High School. Having been born and raised in Grundy County, I understand the market and the area.

· I have always had an interest in real estate and have been involved in farming and property management since the early 1980's.

· 30+ years of experience in Marketing and Management have paved the way for me to provide only the highest level of real estate services.

· I am pleased to work in an industry where my "passion" is my "profession". I love my job! I want to be "Your FULL-TIME Real Estate Professional"tm.