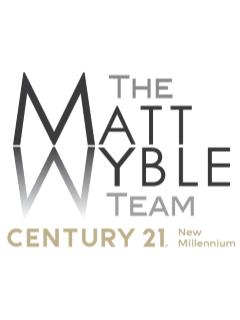 Before following in the steps of his grandfathers, Matt developed his marketing skills as the Marketing Coordinator for a local restaurant chain. It wasn't long before he realized he was destined for a life in real estate. Raymond Grant, Matt's great grandfather, became one of the first real estate brokers in Severna Park when he founded Arundel Realty in the early 1950s. Soon after, his son Ray Grant, Matt's grandfather, joined his brokerage, changed the name to Ray Grant Realty and began a 30+ year career in the business where he helped develop many communities in Severna Park.

Since beginning his career in March 2010, Matt has been able to grow his business quickly, having sold and settled over $450K in real estate sales and worked on over 1,100 transactions. Matt is very proud of his family history in the area and in the local real estate market; he takes the job of continuing the family name in real estate seriously. His primary goal for his own career is to match his grandfathers' levels of professionalism, service, and knowledge of the local market. Matt is an active member of the Annapolis area community, including the Greater Severna Park and Arnold Chamber of Commerce.

After graduating from Severna Park High School in 2003, Matt attended Virginia Tech and received his B.A. in Public Relations/Marketing. While attending college, Matt met his future wife, Ashleigh, and the couple married in May 2009 at Woods Memorial Presbyterian Church. Ashleigh and Matt live in Severna Park with their sons, Luke and Cooper. They started a non-profit organization in memory of their 3-month-old daughter, Ellie, who passed away in August 2016 and have raised over $230K for local hospitals. Visit ForEllie.org for more information.

It's an honor for Matt to be dedicating his life to the continuation of the family profession.